Bert has just recently (and I mean "within the last two weeks recently") begun to sleep and nap on his own, in his crib, without being held.

It's a whole new ball game and it does mean I have a bit more time for internet endeavors and sewing.

I've *almost* got not one, but TWO washi dresses ready to share with you, but I also wanted to show you something I managed to sew in those first few months when Bert was literally a handful. 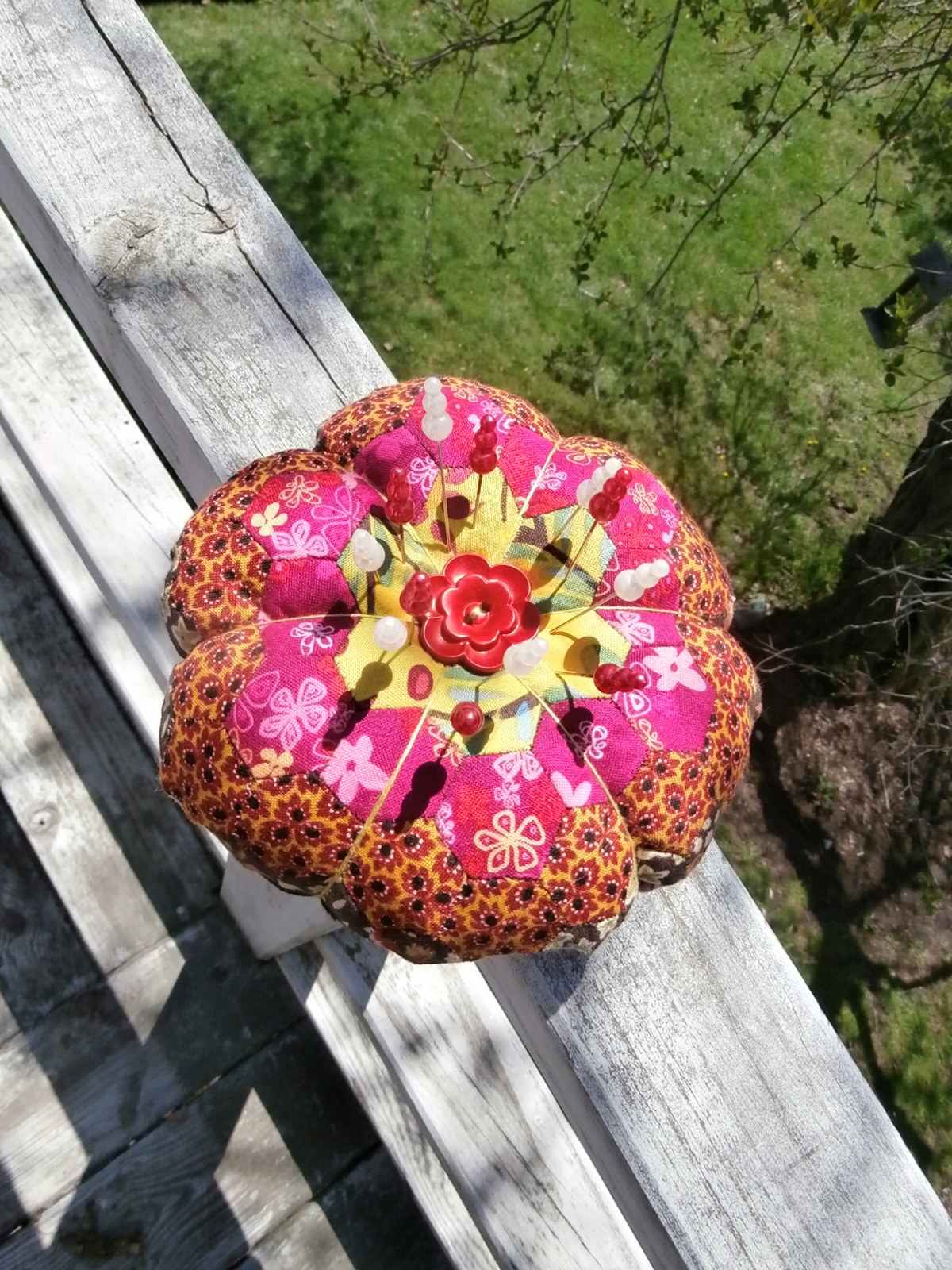 It's a pincushion that was given away at the Pincushion Swap we held a few weeks back...

Don't cry for me, Argentina, but I was up until 3 o'clock in the morning finishing this pincushion the night before the swap.

It's made up of 1/2" hexies and completely sewn by hand.

It's not that I'm a glutton for punishment, it's just that I do love to sew hexies... and I do love a bit of hand-sewing and some late night TV. 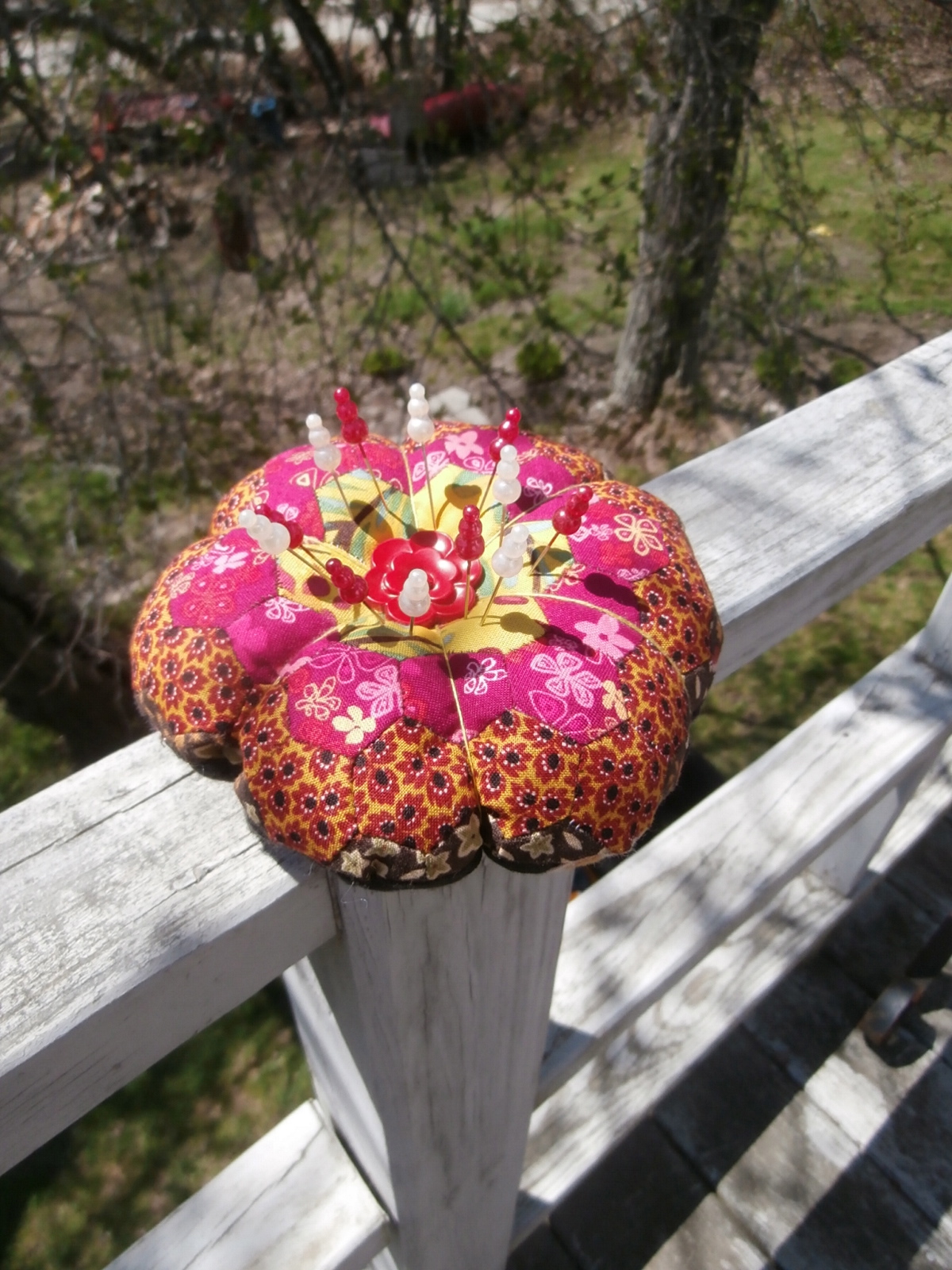 That's a vintage Bakelite button in the center. 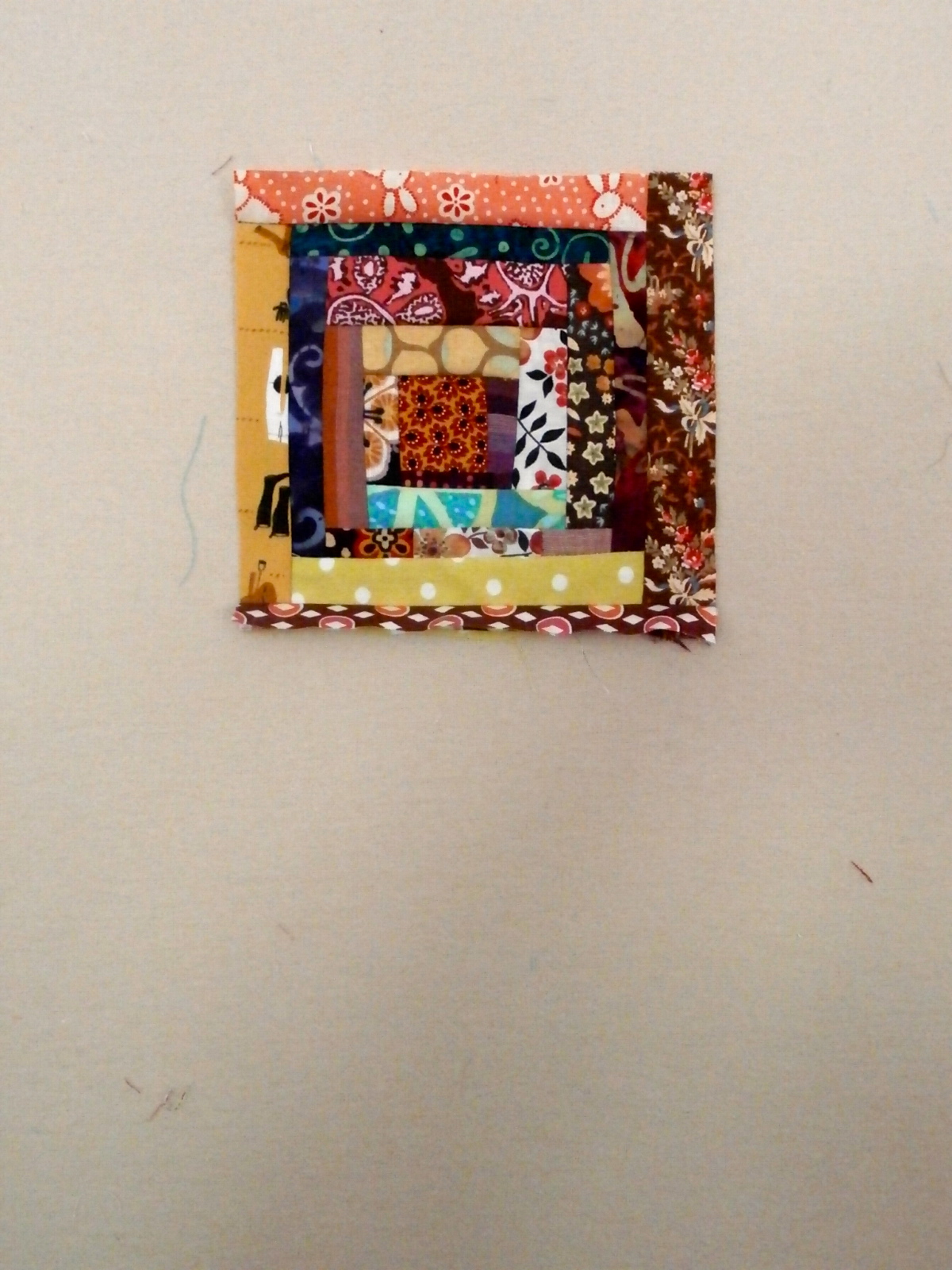 And this one little block was another late night endeavor.

Just five stolen minutes of sewing and a bit of finger pressing and it was done.

Maybe it will become something some day, but it felt good just to sew something without an agenda... just making for the sake of making.

I don't know how other Moms out there do it.

(Get things done, I mean)

I can barely keep up with the dishes, but it is getting easier all the time. 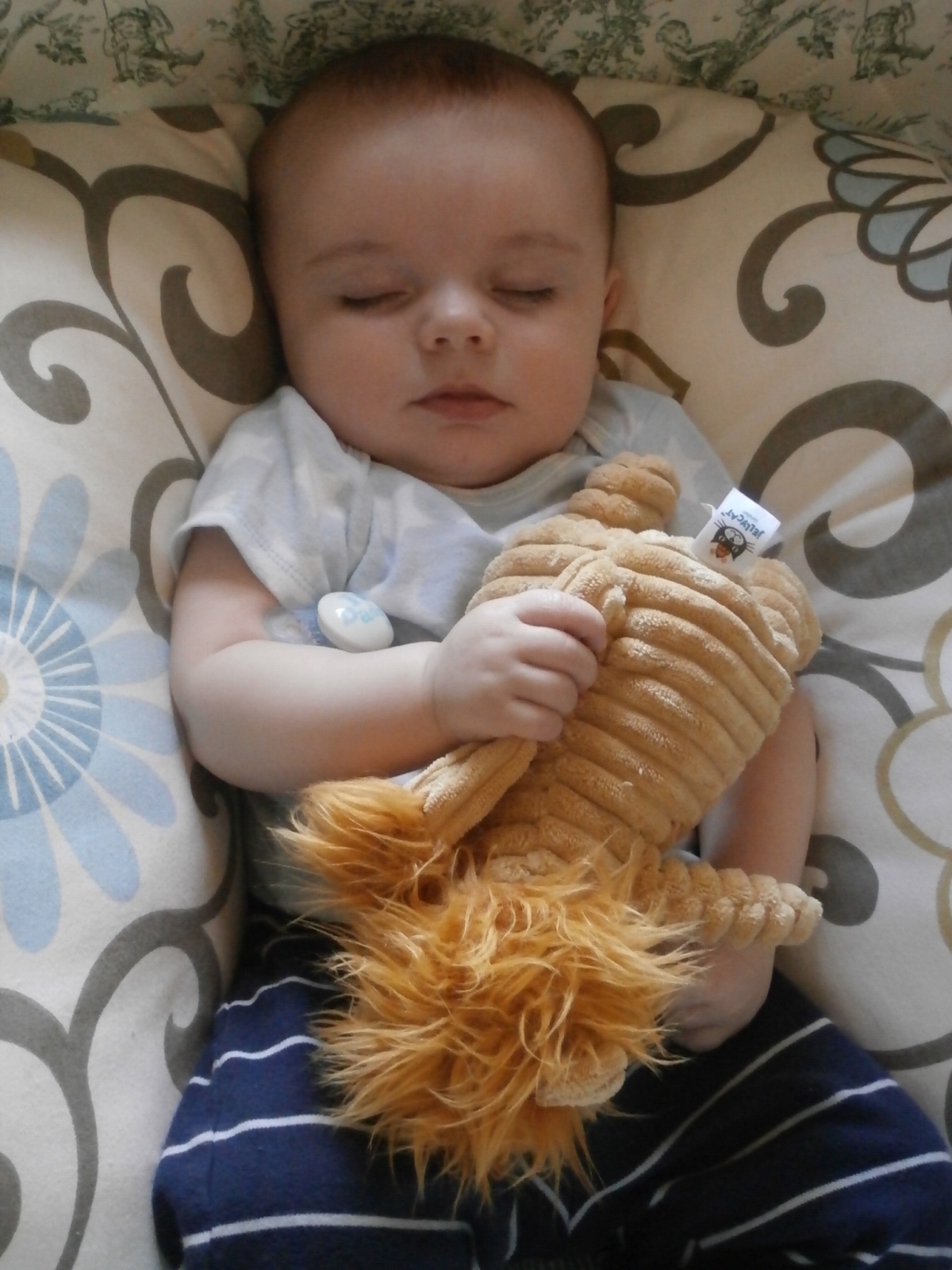 He's still the best thing I ever made.

Such a sweet picture of him!

He is adorable! It IS very nice to make SOMETHING once in a while, isn't it, and that cushion is such a pretty something, as is the block!

you think these days last forever but they fly by...you'll have time to do other things later..i have plenty of time to sew now that my "baby" is 39, if only i could pick her up and hug her as a baby once more....babies definitely don't keep