The white badge of courage...

Here in the Mills, my neighbors and I sport something I like to call "the white badge of courage."

Or, more specifically, our houses sport the white badge.

Put another way, you know you live in the Mills when: 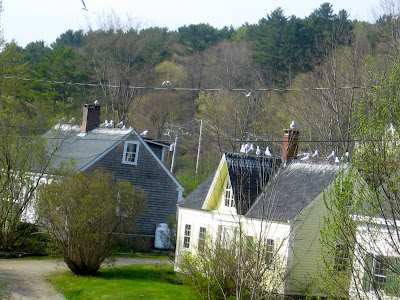 your roof looks like this for 6 weeks in the spring.

Personally, I kind of like it and get a kick out of the whole thing... 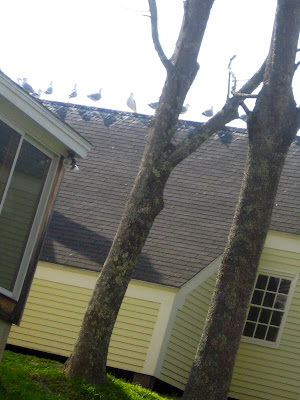 Where else in the world do you have your very own seasonal seagull hotel? 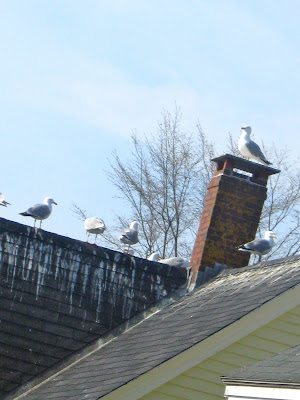 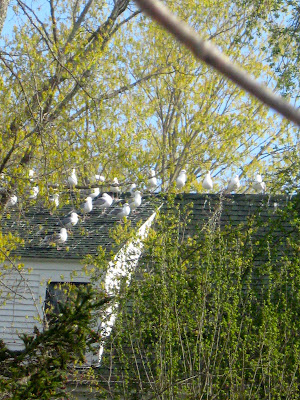 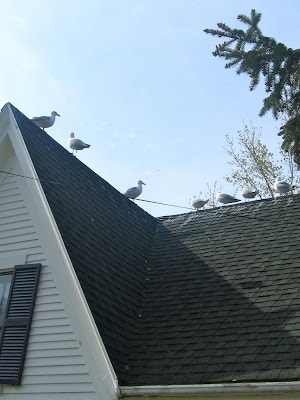 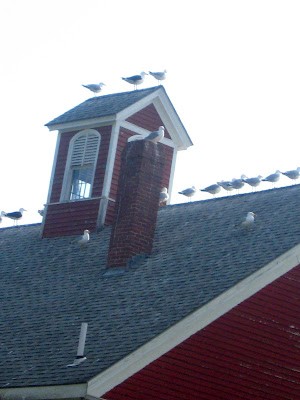 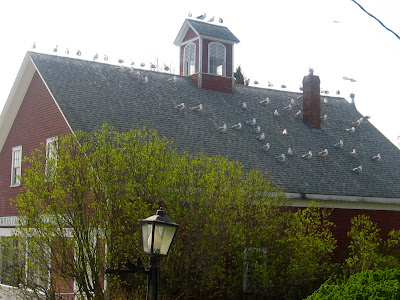 (View of the store from the front...) 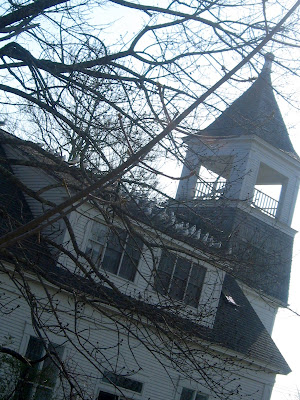 Even the church is not immune! Is nothing sacred?

It's not just the seagulls who come and visit us at this time of year.

There would be no seagulls without the alewives, would there?

Confession: I got up early this morning and went poking around the fish ladder to try and get some new, fresh photos of the fish, but the alewives were a bit camera shy and I didn't see a single fish!

Maybe they'll come out later on for the afternoon matinee...

I did take some photos of the fish ladder to share with you, though.

I think a lot of people come to see the fish ladder expecting to see literally a ladder made out of fish, but really the fish ladder is a man-made stream that helps aid the fish from the Great Salt Bay into Damariscotta Lake.

Let me put it this way:

If you were a fish, would you rather try and swim upstream through this: 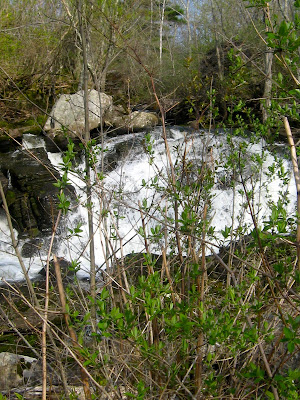 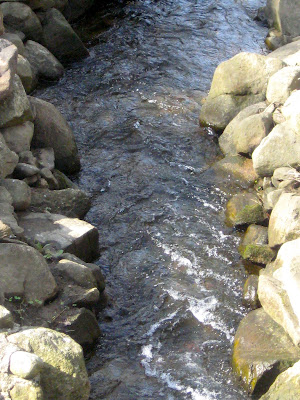 And every so often, if you are reaaaallly lucky and get up super-early in the morning, you will catch a glimpse of the elusive and rare ale-husband through the brush: 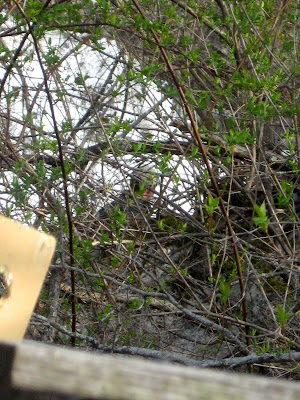 I'm told you can attract them with Dunkin' Donuts and brunettes who own fabric stores.

Hope you have a great weekend!

Rhea
Posted by Rhea Butler at 7:26 AM

Thanks for the chuckle. We recently moved to PA from Newcastle and I miss all things Maine, especially the alewives and noisy, messy gulls-even though I love having my grandchildren 4 miles away now. Keep the local interest coming. Makes me feel not so far away. Still looking for a good (like Alewives) quilt shop in my new area.