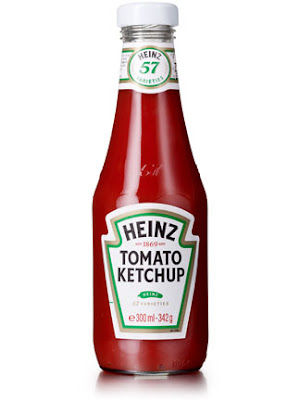 • First of all, there is still tons of good stuff at the Sample Sale. 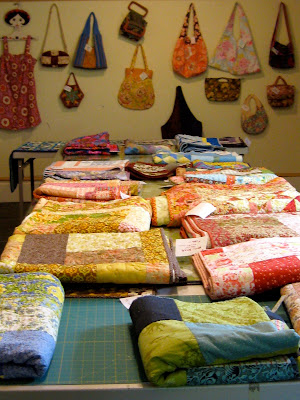 The Sample Sale will be over and done with once Sunday comes to a close, but in the meantime there is still plenty of snag-able goodness.

• Second of all, Far Far Away 2 has arrived (with the exception of one print which, as Jessica so accurately puts it, has magically not appeared), so if you have been one of the people who has been waiting (patiently) to purchase your yardage from us, the wait is over.

We ordered what I consider to be a pretty good amount of the collection, but still, Heather Ross stuff has a way of coming in the door and then marching right back out again, and these prints take 2 months to re-stock from Seven Islands in Japan, so you may want to pounce while the going is pounce-able.

• Third of all, Maine Quilts is coming up at the end of July.

We are running around like chickens with our heads cut off getting ready for it.

If we weren't running around like chickens with our heads cut off I would be really, really worried that something was wrong.

But we are running around like chickens with our heads cut off so all is as it should be and we are right on schedule.

• Fourth of all, I just called Westminster and ordered everything they have in stock (that we don't already carry) for Anna Maria Horner's Little Folks voiles.

These new ones will be in soon, I promise.

The good news is we will be carrying the voiles for a while.

The bad news is that the dobbies have been discontinued (*sob*).

(If you are the lady who called and we told you that we didn't have any of the dusk left, that was a boo-boo... turns out we do have it still...

I must admit I snagged some in Dusk for myself and am mid-progress making one of these little numbers for me, me, me to wear at the Quilt Show and everywhere else, too.

I love this fabric and I'm so bummed out they won't be making it anymore.

Oh well, such is the life of the Alewives Girl.


• Fifth of all, we got a bunch more Nani Iro and other Japanese prints with our Far Far Away 2 shipment.

They are on our Japanese fabrics page and they are spectacular.

We have a giveaway coming up with Soulemama on the weekend of July 31st.

I have a new Turning Twenty in the works for the giveaway that I think you will all like.

It is exceptionally brilliant, if I do say so myself.

This new kit won't be up 'til the giveaway, but in the meantime we have lots of new Turning Twenty kits up in the shop, did you see???

I think that's it... I believe you are all caught up now.

Stay cool in this heat and if you are in the area please do drop in!

I have loved meeting some of you in person here at the shop... nothing tickles me more!

I have to make time to get up there and check it all out!h

Oh, I wish I could make it to the Sample Sale! Bummer. Not sure if it's new or not, but I love that Hope Valley Turning Twenty kit. And I can't wait to see what you've come up with for your Soulemama giveaway! We'll be at Maine Quilts, hopefully on Friday, so see you there!

wait! did i miss the dobby's! are they all gone!! ohh...i wanted a bit of those before there were no longer around!!

I wanted you to know I've nominated your blog for an award. I love what you're doing and thought you should know. Come see. :)

I love to come to the shop one day..

Quilt..the look so good..one day I come to Maine and I buy a Quilt